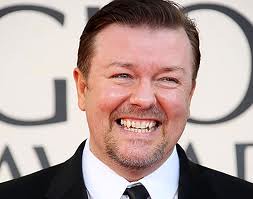 If you enjoy the US version of The Office, you’ll also enjoy the UK version of The Office, which is the original. The Office was created, written and directed by actor Ricky Gervais and Stephen Merchant. The characters on the show work at Wernham Hogg Paper Company, and the show follows each character around their work day. Plots on this show involve the strange yet interesting characters and how they go about their day. From love triangles to strange behavior, this comedy will have you laughing hysterically while falling in love with the characters.
Along with becoming a US series, The Office has also spawned other national versions, including Le Bureau (France), Stromberg (Germany), Os Aspones (Brazil) and La Job (Canada).
Neighbours

Neighbours is an Australian soap opera that was started in 1985 and still continues today. The show follows characters who work and live in a fictional suburb known as Erinsborough. Most of the characters on the show live on Ramsey Street. Like most soap operas, the stories tend to deal with family issues, social problems, romance and domestic issues. And again like most soap operas, it has had its fair share of kidnappings, murders, teenage pregnancies, adultery, abortions, drugs and sexuality. If you have a love for the drama of soap operas, Neighbours is your cup of tea.
The Inbetweeners

Though this show went off the air in 2010, reruns of this British sitcom are still available. This show followed the main character, Will, a suburban teenager, and his three friends, Simon, Neil and Jay. Like most teenagers, these boys are mostly interested in sex and beer, and the show focuses on their attempts at getting these things. Along with their adventures and teenage mishaps, the series also focuses on family life and touches on a few major issues, such as divorce and homosexuality.
This group of boys are also slightly nerdy and are usually the target of the school bully, Mark Donovan. The Inbetweeners was turned into a movie in 2011.
The IT Crowd

This British sitcom revolves around the life of three IT coworkers in the fictional Reynholm Industries.  The show features Jen, the department head who really knows nothing about IT; Maurice, who is extremely nerdy but also very, very smart; and Roy, who gives shy a whole new meaning. The IT department at Reynholm Industries is in a dark and dirty basement, and the plot of the show follows these characters as they get into predicaments with bosses, are disliked by others in the company, and take guesses at what it is that Reynholm Industries actually does.
Shameless

Shameless is a British comedy-drama that focuses on the poor working class. Following a family of young adults to little children who have no satisfactory parental supervision, it depicts the lives of siblings with little to no money and the situations they find themselves in. After seeing much success in the UK, an American version of Shameless was created and is available on Showtime.
If foreign television piques your interest, these shows are a must-see. From sitcoms to dramas, they each have everything you love about television series.

2 thoughts on “Beyond Downtown Abbey-Foreign Series You Will Love”