Hey, enjoy this guest post! I think it applies to coming up with character names as well.

When coming up with the difficult decision of choosing your babies name, it can often lead to big disagreements with your partner and the quest to find that individual name will often to lead to looking at celebrity trends which can often end in children being called Apple or Blue. Wouldn’t it be great however, if you could come up with something totally unique, a name that no other person has ever though about naming their child?

We could take inspiration here from the Twilight saga with Bella joining both her mother and Edward’s mother’s names together to create something truly spectacular. She chose on the name Renesmee, a mix of the names Renee and Esme, but would this be so simple in the non-fiction world? If your mother was called Harriet and your partner’s mother Anne you could make Harrianne, but other examples may be less fortunate. What if you wanted to cross Francesca with Laura, what would you create? Maybe Lauesca? This technique might not be to every ones taste, but it is a simple way of being quite creative and can come up with some humorous results when brainstorming with your partner. On the other hand, maybe you should refrain from telling your partner that this is one option inspired by the teenage novels of Twilight. 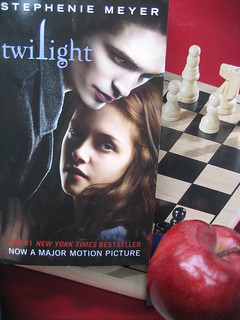 The only problem is finding the inspiration to come up with your new name, and to find something that would actually be readable on a class register at your little ones first day at school. Of course we would say that there are far too many Thomas’ and Matthew’s in the world, but there is a reason that these names are so popular, and its because we can picture our babies having those names, and can imagine what type of person we might expect them to be. When picking something entirely new, it can be a shocking and risky situation to put any parent in, due to the problems a child might have at school if they were to be bullied because of their individual name. However, picking something that sounds right and does not look too weird on paper could be gold dust. A little inspiration could also go a long way, you could look towards emotions or senses to pick a name that is personal and special to you.

A friend of mine recently named her baby girl Alexandra, a name which has been around for decades and was passed down to her from her mother, who got the name from her grandmother and so on. When mentioning to my friend about the possibility of making up her own baby name she was horrified by the thought of creating something new that would not suit old family traditions. She did however play around with Alexandra’s middle name, and considered the prospect of making her own name up. We played around with names such as Rhilana, Lisnee and Ilsaray, therefore if you are not feeling brave enough to name your child something a bit unusual stick to a middle name, after all if they are not fond of it later in life, they can always leave it out if they so choose. On the other hand, if you come up with something that you love, do not be afraid, after all sticking out of the crowd could be a wonderful blessing to your beautiful new baby.

This article has been written by Rhian who loves finding out about new baby names and the trends that create them.